The rivalry between technology and the term ‘impossible’ has been there ever since the start of time. If you think from the perspective of an early man, the most common things that we enjoy in our day-to-day life today, aren’t even imaginable even in their most sophisticated Sci-Fi daydreams. From rubbing stones together for producing fire to controlling the enormous nuclear power plants at the comfort of our fingertips, we checked many boxes with the impossible tag. One of which is the invention of LiDAR Technology.

LiDAR stands for Light Detection and Ranging is a popular remote sensing technique used for measuring the exact distance of an object from the Earth’s surface. This technique uses pulses from a laser source to collect measurements which will then be used to replicate 3D models and maps of objects and environments.

The LiDAR instrument contains three primary components namely, the laser light source, scanner, GPS receiver. Apart from these, there are a few other components that play a vital role in the collection and analysis of data. These include photodetectors and other optics. A LiDAR sensor is attached to helicopters, airplanes, and drones for aerial surveying large geographical areas.

Types of LiDAR Systems based on the applications –

Based on their functionality, the LiDAR systems are classified into two major types – Airborne LiDAR & Terrestrial LiDAR.

Airborne LiDAR is especially used for aerial scanning, surveying etcetera. In this technique, a LiDAR sensor is mounted on a drone, helicopter, or UAV. They are made to fly over the geographical area which is to be scanned. The LiDAR system then projects laser pulses onto the surface which when reflected will be received by a receiver. The total time taken by the laser to reach the ground and reflected back will give the time of

flight. This process is done at different points on the surface which will be combined with the altitude and location tracking points from the GPS sensor. The cumulative data when processed using a sophisticated algorithm will replicate that particular geographical space in 3D.

As the name implies, the terrestrial LiDARs are limited to applications on the land. These are mounted on moving vehicles or tripods on the Earth’s surface for collecting accurate data points. We often see these in our day-to-day life. These are used in automobiles for object detection, for observing and measuring highways, for speed calculation of a moving vehicle, etcetera. The working principle is the same as that of Airborne LiDARs.

How does LiDAR work?

The working principle of a LiDAR seems much simpler than it actually is. It projects laser pulses at an object on the earth’s surface and measures the time that the pulses take to return back to the source, we call it Time of Flight. The distance of the object can be calculated using the time of flight and the speed of light. We all were taught that the speed of light is approximately 186,000 miles per second. Back in my high school days, I used to wonder how these figures are going to help me in my future endeavors, the time has finally come. wink

The above formula will give the actual distance of the object from the laser source.

The flexibility of LiDARs enables it to fit in vast possibilities where SONAR and RADAR have their disadvantages. We have elaborated on a few important areas where LiDARS are equipped to make life simpler.

As LiDAR technology creates x, y, and z coordinates, producing the 3D representation of elevations is extremely easy. These terrain elevations play a crucial role during the construction of large buildings, bridges, and roads basing which the concerned parties can draw necessary conclusions easily.

LiDARS can be used to study different aspects concerning oceans. The airborne lidar used for fisheries surveys is named FLOE (Fish Lidar, Oceanic, Experimental). The LiDARS used in the oceanographic studies can penetrate to a depth of 40 – 50 meters in clear blue waters, 20 – 30 meters in productive green waters, and as little as 10 meters in turbid waters. An oceanographic LiDAR system can be a compact sensor equipped to a small airplane that can be used to measure various targets over large areas of the ocean.

However, the data which is obtained from an aerial survey is not as accurate as the data collected from a surface. But it can be obtained almost instantly and at a lower cost compared to that of the surface measuring method. Apart from locating objects, LiDARs can do most other tough jobs like calculating phytoplankton fluorescence and biomass in the ocean surface.

Initially, the LiDAR technology was invented for military use but was expanded widely for studying clouds by meteorologists. Elastic backscatter LiDAR is one of the simplest types of LiDAR which is used in studying aerosols and clouds. The backscattered wavelength is identical to the transmitted wavelength, and the magnitude of the received signal at a given range depends on the backscatter coefficient of scatterers at that range and the extinction coefficients of the scatterers along the path to that range. The extinction coefficient is typically the quantity of interest.

Different gases like carbon dioxide, ozone, or water vapor present in the atmosphere can be measured using a special type of LiDAR called the Differential Absorption LiDAR (DIAL). These LiDARS transmit two different wavelengths one is an online wavelength which will be absorbed by the gas of interest and an off-line wavelength which cannot be absorbed. The concentration of the gas is calculated by the differential absorption between the two wavelengths. Doppler LiDAR is yet another type of LiDAR used in meteorological studies for measuring the speed of the wind along the beam by measuring the frequency shift of the backscattered light.

LiDARs are increasing their contribution to the atmosphere by helping researchers to determine the measure of previously unmapped trees and to determine the biodiversity of the forest. This will be helpful especially in directing future efforts to protect and preserve ancient trees and also helps in the conservation of rare species.

Phytoplankton fluorescence and general biomass in the surface layers of the ocean can be estimated using LiDARs which otherwise isn’t possible.

Geological applications find a greater advantage with the LiDARs. In seismology and geology, detection of faults and measuring uplift can be achieved using a combination of aircraft-based LiDAR and GPS. This can help produce extremely accurate terrain elevation models.

With the shift of technology to autonomous vehicles, LiDARs found their applications in different areas of development. For instance, the LiDARs are used for controlling the vehicle by detecting obstacles to update the route of the vehicle they are equipped to. They can also help in estimating the speed of vehicles moving ahead of them.

LiDARs are especially helpful in the traffic speed law enforcement in estimating a vehicle speed. RADAR guns were used initially for serving this purpose. With the RADARs being bulky for carrying and for their limitations as they rely on Doppler shifts for the measurement, they struggle to isolate particular vehicles from the traffic stream. This is where LiDARs come into action. They are really flexible and don’t weigh much and use the principle of time-of-flight for calculating speed.

LiDARs are flexible for detecting particles in both water and air as they use shorter wavelengths of light in the visible spectrum, typically ultraviolet, visible, or near-infrared. This makes them ideal for measuring aerosols, cloud particles, and air molecules. Apart from these detecting pollutants like sulfur dioxide, methane, and carbon dioxide is a cakewalk for LiDARs.

A quarry environment is to be regularly scanned to observe constant changes this will enable the smooth running of the quarry. LiDARs have a greater advantage here as they can help determine the air pollutants. 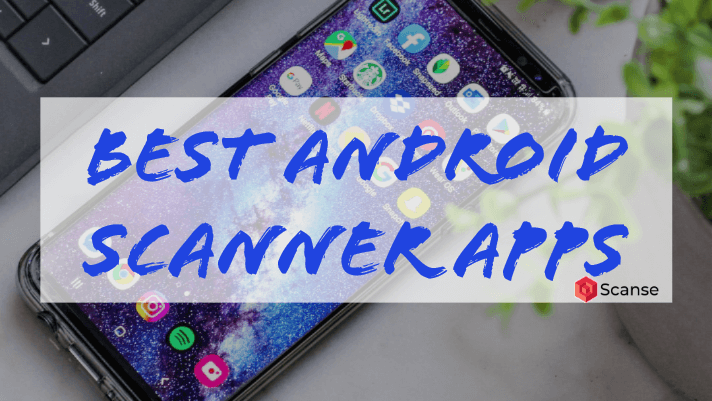 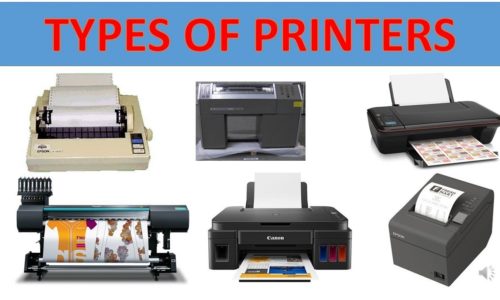 Types of Printers & Which one is Best for your needs

It’s possible to lose track of time while working on a screen. You’ll inevitably run into the same …